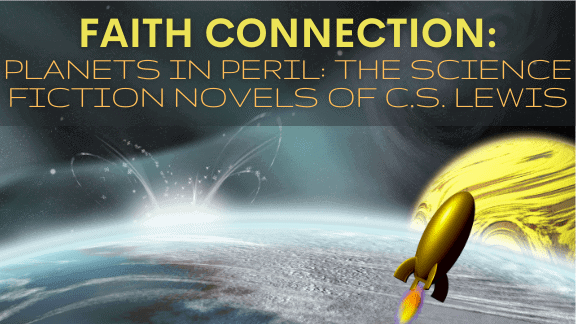 Please join us at 7:00 pm on Wednesdays on our Watch page. On September 15,  Dr. Quinn Fox kicks off his Faith Connection series, Planets in Peril: The Science Fiction Novels of C.S. Lewis.

November 10:  An exploration of  the Environmental Vision of C.S. Lewis