At 9:55-10:45 am each Sunday starting on June 5, we’ll hear about an important topic that helps us to think faithfully about our current situation. All summer you will be able to join us in-person in Stone Hall or online via the Zoom link below.

Faith and Business: Informing a Christian's Approach to Investing and the Marketplace

How do we as Christians approach business and investing? How can the church influence the marketplace for good? For the first of our Summer Speaker series, Pastor David Renwick will interview NPC members Margaret a​nd David Gardner about what it can mean for the church to engage movements such as Conscious Capitalism that strive to create an ethics of mutuality to transform communities and create financial opportunity for all.

David Gardner is co-founder of the financial services company The Motley Fool and a leader in the local and national Conscious Capitalism movement. Margaret is an NPC associate for Small Group Ministry and Adult Discipleship. Her recent seminary work included focus on the intersections of faith, money, and business.

These classes will begin Sunday, February 6, 9:55-10:45 am. Please click on the title to read the full description. We hope to see you there!

Online option:
This spring, we are offering R.V. Seep's class Protestant Christian Traditions Part 2 both in-person and online. To join online, please click here on Sundays at 9:55 am starting February 6.

We will continue our examination of the various Protestant traditions in the historical order in which they emerged. We will probe the historical background and growth of each tradition, its distinctive beliefs, its contemporary setting, and conclude with some observations and general comments. The forces separating us in our culture seem all out of proportion to those uniting us both in our national politics and in our faith commitments. We will examine our calling as the Church of Jesus Christ to witness to and serve that culture in a calmer and more hospitable environment. The course intends to be an invitation to theological generosity and an opportunity to understand the various Protestant traditions as they understand themselves (at least as much as we can manage that). There is a prior perspective that needs to be applied to appreciate the common ground we share and to put our divisions and differences in their proper context.

In addition, for those interested, there will be readings from W. David Buschart, Exploring Protestant Traditions, An Invitation to Theological Hospitality. Purchase online from Amazon, Christianbook.com, Barnes & Noble or at your local bookseller.

The Story Behind “The Story” (Continued), Teacher: Quinn Fox Expand

We will continue our reading of the Bible both chronologically (as we did three years ago in The Story) as well as theologically, in order to engage in greater depth the redemptive message of the Bible that shapes and informs our lives as Christians. In an age of competing world-views and alternative narratives that claim to explain reality, there is a genuine need for a fresh vision of God’s plan of redemption for his creation. The Bible, in all its diversity, is a single redemptive story that begins in Genesis and concludes in Revelation. We will pick up with the end of the Southern Kingdom of Judah and the exile to Babylon, followed by the expectation and fulfillment of God’s messiah coming in Jesus Christ to redeem the world, as we focus in depth on the identity and character of God and his saving plan for humanity in Jesus Christ that is revealed in the pages of the Old and New Testaments.

Supplemental study materials (outlines, maps) and optional books will be made available to those who join the class.

For Such a Time as This: Stories to Inspire Biblical Justice from Queen Esther to Today, Teacher: Nancy Fox Expand

Delving into the stories of God’s faithful people from Scripture and contemporary times, along with sharing our own stories, can build wisdom and courage for living towards God’s call to “justice, mercy and humility" in the face of racial and other contemporary divisions and injustices. We will all read Required: God’s Call to Justice, Mercy, and Humility to Overcome Racial Division, by Bishop Claude Alexander (Senior Pastor in Charlotte, NC) and Dr. Mac Pier (active with Lausanne and founder of Movement.org and the Concerts of Prayer Movement). You can meet them through this Trinity Forum Online Conversation. We will also learn from Brenda Salter McNeil’s applications from the book of Esther to Dr. Brenda's own story in Becoming Brave: Finding the Courage to Pursue Racial Justice Now (your own copy is optional).

Purchase either resource from Amazon by clicking on the title in the description above.

Near the end of his gospel, the apostle John explains why he is writing: “Jesus gave a great many other signs in the presence of his disciples which are not recorded in this book. But these have been written so that you may believe that Jesus is Christ, the Son of God, and that in that faith you may have life as his disciples.” (John 20: 30-31). We will continue to read about and discuss these wonderful signs that John shares that we began in September, beginning with John 11. There is still much to talk about as we learn together about the God who promises us eternal and abundant life through Jesus Christ, “God’s word who became a human being and lived among us.” (John 1:14)

We will be using N.T. Wright’s guide, John: 26 Studies for Individuals and Groups.  Purchase online from Amazon, Christianbook.com, Barnes & Noble or at your local bookseller.

On April 16th, 1963, Dr. Martin Luther King Jr. wrote a letter from Birmingham City Jail in response to eight white regional religious leaders whose passive pleas for “a more subtle and patient way,” asking, “Can't you just wait, Dr. King?” His Letter from Birmingham Jail soon became the manifesto of the civil rights movement. Over the half century that has passed since the publication of King’s Letter; much has transpired and progress has been made. Long gone are the burning crosses, biting police dogs and angry mobs; in its place we find the very passivity called for by the religious leaders, as well as cynicism and avoidance. Fortunately, a number of leaders from today's church have emerged declaring that we cannot wait. These diverse voices are grateful for the laws that the civil rights movement were able to change, but also acknowledge that while the movement could change laws, it could never change hearts. Only the cross and empty tomb of our Lord and Savior Jesus Christ can do that. Letters to a Birmingham Jail is a collection of essays written by men of various ethnicities and ages, yet all are committed to the centrality of the gospel, nudging us to pursue Christ exalting diversity. The gospel demands justice in all its forms - spiritual and physical. This was a truth that Dr. King fought and gave his life for, and this is a truth that these modern day "drum majors for justice" continue to beat.

Purchase online from Amazon, or Christianbook.com, or at your local bookseller.

Location: Jones Hall in the Education Building
Facilitators: Kristin Franke and others

Join parents of similar ages and stages for fellowship for a reflection on the Scripture teaching from the Youth and Children's Sunday school program, and to support one another in raising your children to know Jesus Christ as Lord. This is a great opportunity to connect with fellow parents and enjoy a cup of coffee accompanied by meaningful conversation about the Bible lesson your kids are engaging each week. 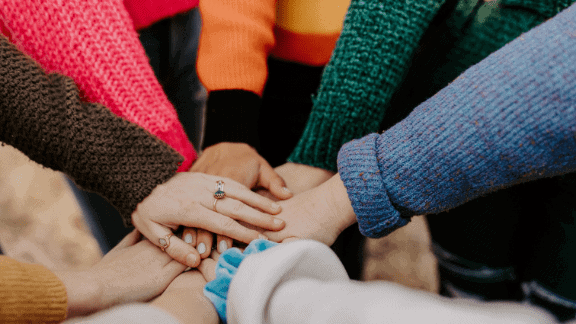 This diverse group of “sisters in Christ” studies the Bible in an interactive way, prays for each other and supports each other in times of personal needs. 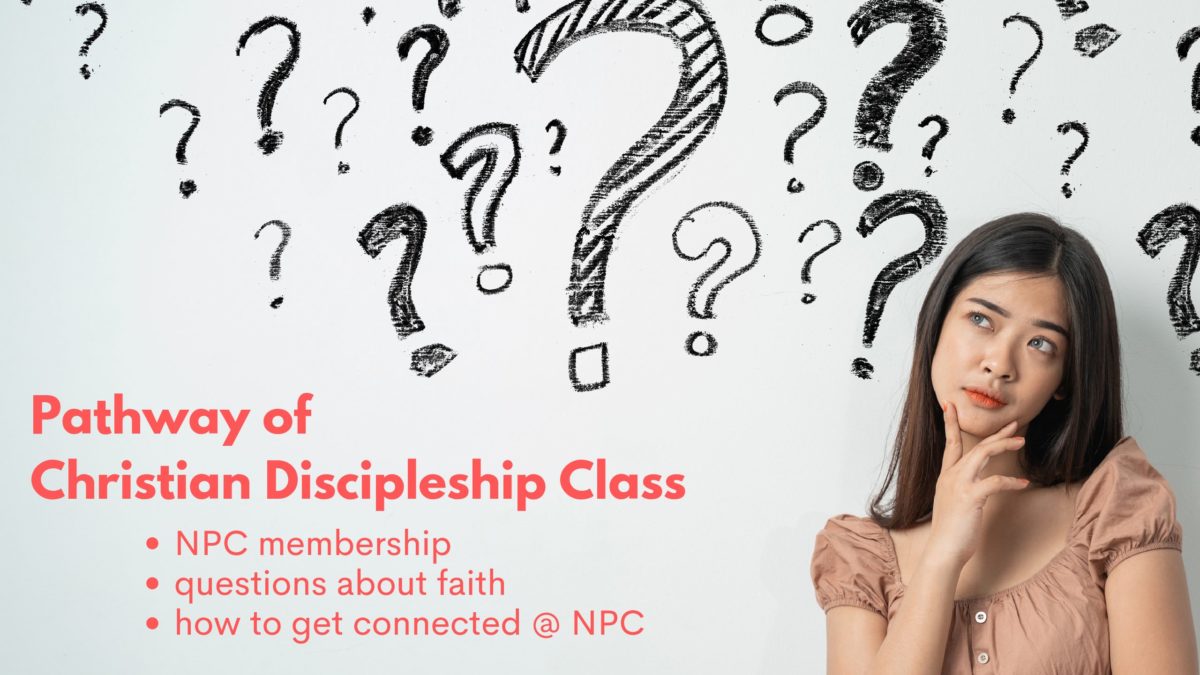