Of course, the successful ministry of these congregations is based not on the involvement of the prominent, but on the faith, courage, and vision of many thousands of people throughout the church's history. 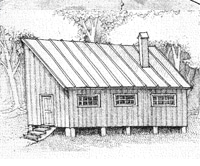 The church's tradition of faith goes back to the early years of the White House's construction when the stonemasons held worship services on the grounds of the Executive Mansion. By 1795, the group had grown large enough to form St. Andrew's Church. After the resignation of its pastor in 1802, a small group persisted, meeting at several places between 1802-1811. 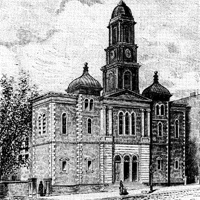 The church was located where the U.S. House of Representatives stands today. By 1821, the church had 114
members and continued to grow. In 1853, Rev. Byron Sunderland began a 45-year tenure as senior pastor. Sunderland is most notable for beginning to preach in favor of the abolition of slavery- which was a courageous act in a city that was essentially a conservative Southern town. In 1866, Rev. Sunderland allowed Frederick Douglass to speak from the church's pulpit when no other church in Washington would do so. In the early 20th century, commercial development began to lead to the dispersement of the members of First Presbyterian. 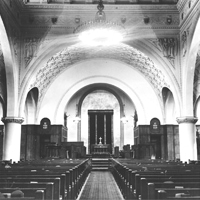 Meanwhile, this same urban growth gave rise to many other Presbyterian congregations. With 53 charter members, The Church of the Covenant was organized in 1885, flourishing with strong lay leadership and pastors. By 1928, membership had grown to 1,800 and the pastor at the time, Rev. Charles Wood, became the first president of the Washington Federation of Churches. 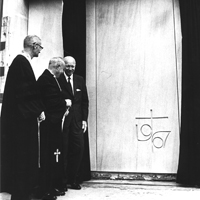 The cornerstone of the present day National Presbyterian Church was laid by former President Eisenhower on October 14,1967. The congregation first worshipped in its new home on September 7,1969. The year 1969 also marked the opening of the National Presbyterian School, a private institution that has grown to serve preschool through sixth grade.

Today, we believe our mission as a church is to lead people to become faithful followers of Jesus Christ together in God's world. We are committed to discipleship, to community, to service, and most importantly, to a deep and abiding faith in Christ.

The Ervin N. Chapman Memorial Archives contain an extensive collection of historical records, documents, photographs et al., dating back to the 1795 inception of the church. Arrangements can be made for study of the materials. Please email janderson@nationalpres.org to make an appointment with the Archivist and Historian. Some items available for viewing include: 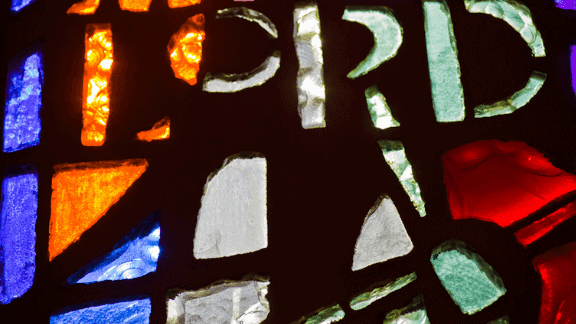 Facets of Faith: Seeing the Light Through the Windows of the National Presbyterian Church, is a book which tells the story of NPC's stained glass windows, our backdrop for worship in the Sanctuary. In this book, you'll discover how the windows tell the story of God's grace. A short history of the church composes the first chapter as an additional feature to the information. To order a copy, please email janderson@nationalpres.org at the church.